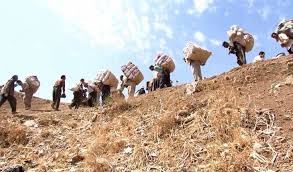 We were privileged to encounter a Kurdish man in his 20’s. He stayed with us for a few months while an asylum seeker. He’d been put on a flight to the UK by his uncles for his own protection. During the asylum claim, there was a time when he became homeless, at which point we were asked by a friend to put him up in our home.

It was a time of learning for all of us, him as much for our family of four. We learnt about the remote town at the Iraq-Iran border where the only work to hand was being a shepherd or a trader carrying goods over the mountain. It was the latter occupation of working as a ‘kolbar’ was that landed him in trouble with the authorities.